I was never a huge fan of  Spawn but i’ve always liked the way he looked.I remember years back picking up the HBO animated Spawn  series on VHS and the SNES and Dreamcast   video game’s were pretty sick too.Since i wasn’t collecting comics at the time Spawn’s were released i relied mostly on T.V. and other media like video games to better familiarize myself  with the character.So after being given the green light by my better half to pick up some toys online for valentines,i decided to go with the line of Spawn figures that started it all.I believe these were the first series of Spawn figures ever to be released by McFarlane and while the sculpt,paint and design are just amazing,the same can’t be said about the quality.The figure itself is very chunky and the articulation,while limited,is still on par with pretty much every other action figure released in the 90’s.His sword fits snugly  in his right hand and his shield clips on to his left arm without any problems.The problem pieces on this figure are his shoulder pads,cape and rubber chain belts.The shoulder pads are removable and have to be in order to attach his cape.Alone the shoulder pads are a little loose but not that much of a problem,it’s when you try to attach the cape when everything pretty much goes to you know what.The cape on this figure just does not stay on,and when the cape comes off so do the shoulder pads.It got to be pretty annoying to say the least.The other issue i had with this figure was with the two little chain link belts attached to his waist.These problem pieces are made out of an extremely soft rubber and have little pegs at both ends that fit into Spawn’s skeleton buckle and back.They tend to fall out if you handle the figure too much and to put the soft little rubber pegs back into their respective tiny holes is friggin’ tedious.Some people remove them and place them in Spawn’s hand to be used as a weapon of sorts but I’d much rather leave them be.Both of these problems could be fixed with a little Crazy Glue but being that these are the first Spawn figures to ever hit the market i really don’t want to mess with the integrity of the design.Even though this toy has it’s flaws ,it’s still pretty iconic IMO and makes for a bad a#$ display piece. 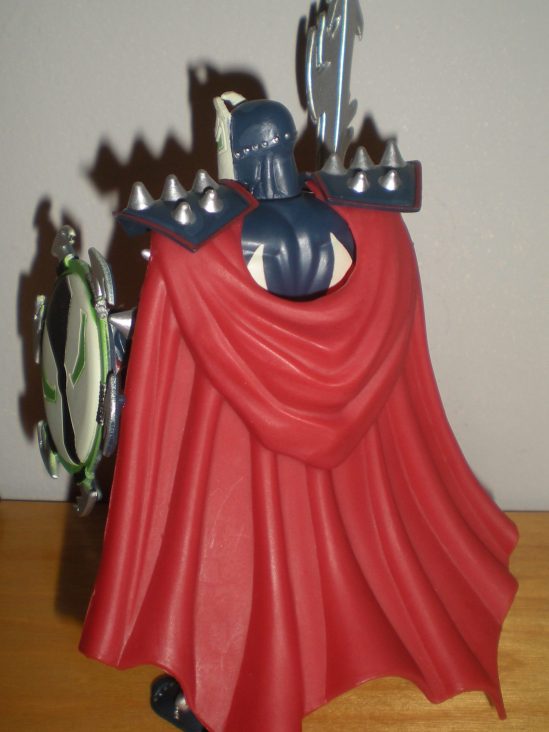 The comic book that comes with these figures are not very long but do sport some amazing artwork as well as a glimpse into the characters background. 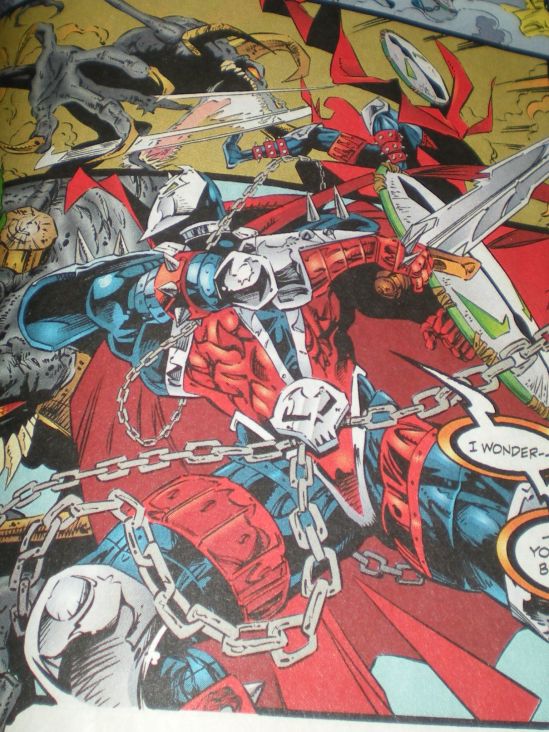