This is another figure that made it into my collection by way of  my buddy  jboypacman who sent me  a  package a while back  with some cool M.O.T.U. figures.This one here is Roboto,a character i know nothing about other than the fact that he is from the M.O.T.U. line and that i do remember him as a kid.My memories of owning M.O.T.U. figures  growing up are few and far between but i can honestly say that this was one the figures i didn’t have.I remember having a Battle Armor He-Man,a Ram- Man and a Man- At -Arms but that’s about it.I really liked the figures and the cartoon but i was so much into the Joe stuff that i really didn’t pay too much attention to these at the time.I’ll never forget the time my brother-in-law who used to paint houses,walked in the front door with a bag full of misc. D&D and He-Man toys he had found in a vacant house he was working in.He dumped them on the front porch and i went nuts going through them all!That’s how i got the majority of my M.O.T.U. figures as a kid.With the release of the G.I. Joe Retaliation figures a couple of months away i can focus a little more on my 80’s collection again and M.O.T.U. figures will be one of the lines on my radar.Many thanks to jboypac for the Roboto figure 😉  Enjoy the pics! 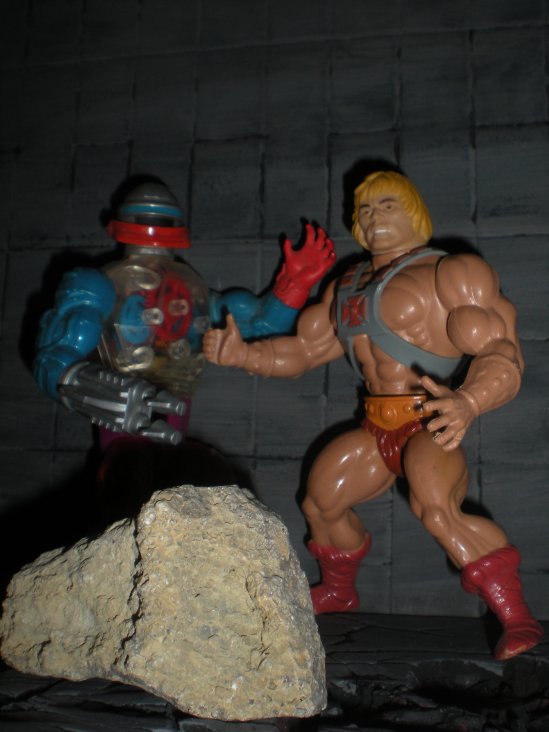