Hey now i have two Star Wars figures 😉 Here we have Captain of the Millenium Falcon Mr. Han Solo <hold for applause> I told myself that i will only be getting the major players from the two trilogies and Han Solo is just that.I picked this particular version of him not because of the trench coat but because of the vest, striped pants and functional holster.There were other versions of him on Ebay but some were missing his vest and others had him rocking the long sleeve leather jacket and those just didn’t appeal to me.Another thing that stood out to me was the”Revenge of the Jedi”  title on the card back .That and the fact that the card was unpunched made me think twice about opening it but we all now how that story ended,i open everything 🙂   Not much else to say about this guy that you haven’t heard before  sooooo enjoy the pics! 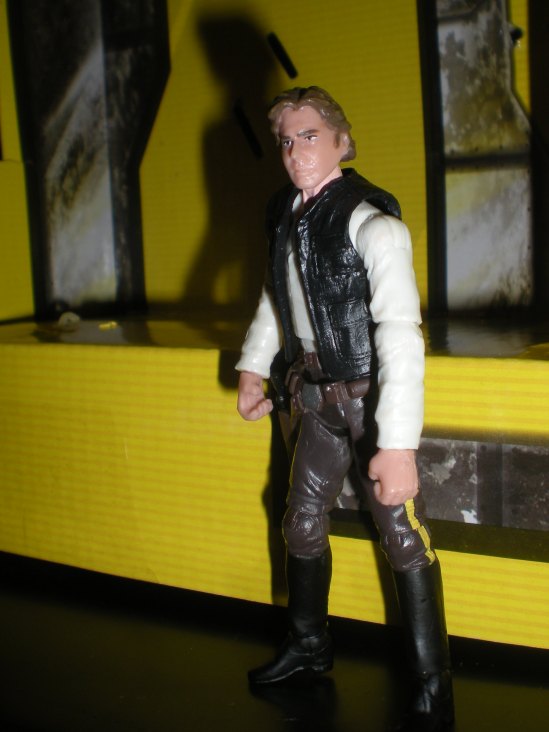