Here’s a Snake Eyes I picked up a while ago on Ebay,loose  with no file card or accessories.I was always hesitant about picking up this version of  Snake Eyes because it really didn’t have any ties to my child hood.By the time this Snake Eyes released,i was slowly making the transition from action figures  into comic books,baseball cards and video games so G.I. Joe toys weren’t on my radar as much.With that being said i really like this version of Snake Eyes!He almost has a Spider-Man feel or vibe to him,not sure what it is.This version also came with a ton of cool accessories like a blow gun,nun-chuks and a pistol with a silencer.Looking at my collection the other day i realized that i have 5 different Snake Eyes figures and have ultimately decided to start collecting him exclusively.I think there are about 60 versions of him so i’ll have to be in it for the long haul LOL!Wish me luck  😉 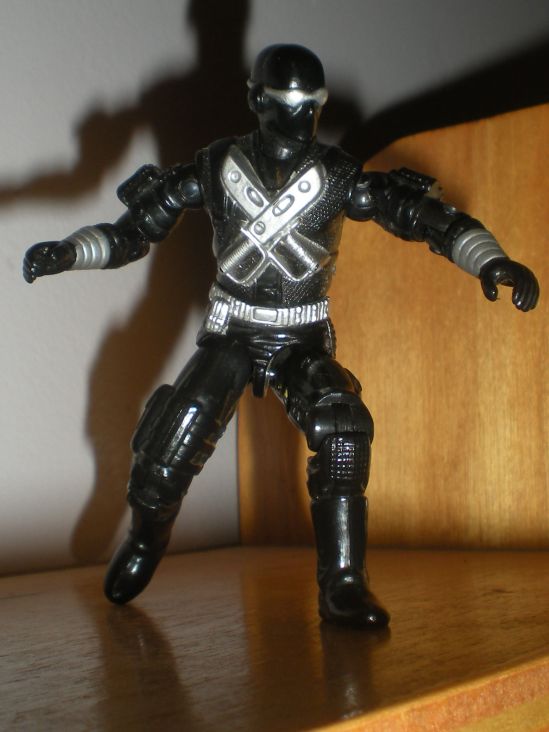