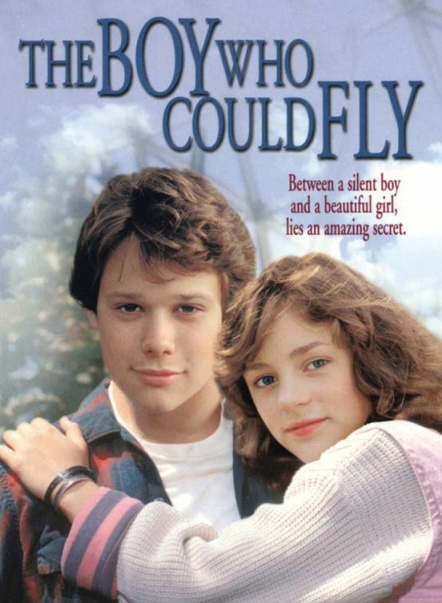 The Boy Who Could Fly was one of those films that nearly got me killed as a kid.I so wanted to walk out onto the edge of my roof and take off like actor Jay Underwood does in the movie,but fortunately my love for toys and more importantly LIFE! quickly got in the way of my irrational thinking and desires. Karate Kid was another film that nearly put me in the hospital after i started believing that i could kick everybody’s a$% with the Crane kick…but that’s a whole ‘nother story.The point I’m trying to make is that as kids we tended to be so impressionable.It was movies like this that made us believe that anything was possible,somehow desensitizing us to the fact that these kinds of things never happen in real life and that the good guys don’t always come out on top.I won’t go into the movie specifics because I”m no movie reviewer, but if you have seen this film in the past as a kid and you’re looking for a quick nostalgia fix then go ahead and check this out on Netflix.The music that plays during the opening scenes proves to be a melodic time machine that will instantly take you back to your childhood.Iconic 80’s child actor   Fred Savage plays the role of 8 year old  louis Michealson and is frequently shown throughout the movie playing with his G.I. Joe figures and army accessories.His scenes are priceless and in many ways reminded me of myself at that age.I’ve been super busy this week so while i haven’t been able to take any action figure pics i was able to find some time to sit back and catch some old school cartoons and movies on Netflix.My next post will be on Monday so look out for that although I’m not quite sure of what i will be posting about.Hopefully I’ll get lucky this weekend and run into some Dollar General Joes 😉 Stay tuned!