I am finally an owner of  an Optimus Prime figure!I never owned, but always wanted the G1 version and i used to have that small Family Dollar Prime but nothing like this.I know there are other, more fancy shmancy versions of Optimus out there right now but I’m totally happy with my DOTM Voyager Class Fireburst Prime.After Jason from www.http://jasonvorhees.wordpress.com/ turned me on to TF’s figures,I thought that i should start off my collection with an Optimus Prime figure.This would prove to be a tough task considering that most of the bigger scale Prime’s were super expensive and very hard to find in the wild.Luckily I was able to find this version at a local Marshalls on clearance along with a ton of other TF figures that  I’ve had on my radar for a while now.The best part about collecting IMO is finding something you’ve been looking for in a place where you never would have expected it to be.Go figure.Enjoy the pics 😉 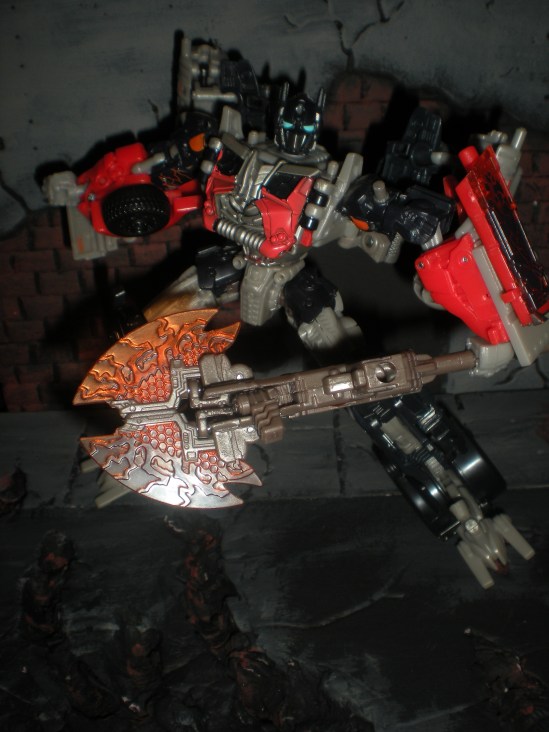