A while back I had spotted some TF Prime figures at a nearby TARGET and the one that stood out to me the most was Wheeljack.That green and white color scheme immediately caught my eye because It reminded me so much of  the original 80’s cartoon Wheeljack!I brought it home and even did a post about it only to be disappointed by the absence of his Autobot faction symbol.Now I know I’m “beating a dead horse” here and most everyone who collects TF prime figures have already come to terms with this  but not this collector.I still don’t know the reasoning behind all this and maybe someone can clarify this for me but if I’m buying  a TF figure it darn well better have an Autobot or  Decepticon faction symbol on it somewhere . Long story short,I returned the TF Prime Wheeljack  only to have my socks knocked off  a couple days later when I accidentally bumbed into this awesome TF Generations Wheeljack on clearance at my local Marshalls department store!I wasn’t even there for TF’s and they just so happened to have a  s^%$ load of em’!Most of them were the not so popular DOTM movie figures and the rest were Generations.I should have snagged up more but ended up walking away with an Optimus Prime DOTM Voyager Class and this totally sick  Generations Wheeljack figure!I just love this guy and from what I hear(shout out to Jason Vorhees)the rest of the Generations line is pretty sick as well.I am also a fan of the DOTM  Mechtech movie TF’s  so I will be on the look out for both of these lines as I’ve gotten bit by the TF’s bug recently.Enjoy the pics! 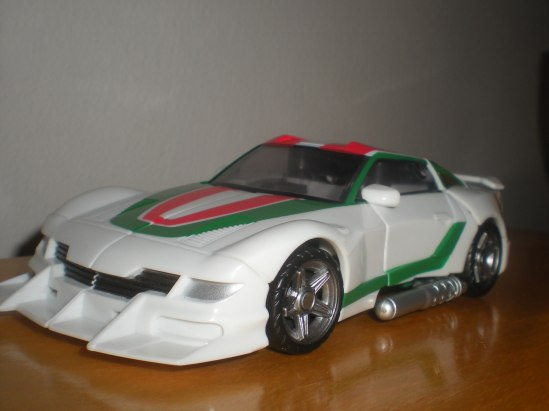 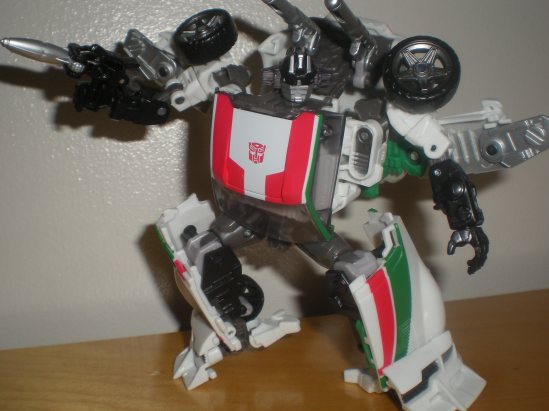