Here is another cool addition to the “Action Figs & Things”  toy vault.This was another figure that arrived in the package Jason Vorhees(thanks again J!) sent to me a while ago and I’m sort of digging it.These figures must have originally been released in Japan hence the Japanese print found on and around the packaging/box.At first I didn’t know what to make of this as It seemed to be more of a figurine than anything else with a magnetic web accessory that allowed for display ability on/from any metal surfaces.Unfortunately the magnet at the end of the webbing was missing so I was at a loss for ideas as to how i would display him.The sculpt on this Spidey figure was awesome and the metallic finish made it pop so I knew I was going to have to find a way to display this guy one way or another.Until recently I’ve had this figure stashed away and yesterday I decided to take him out to mess around with him a bit.I must say that i was very surprised at the poses that I was able to pull off on a figure with so few articulated points.I was even able to have him stand upright with the help of his webbing!Jason has sparked my interest in various toy lines and this is just another one to add to the list 😉 I’m not sure what these are going for online or how hard they are to find in the wild but If  I do come across any of them while out and about you can bet I’ll be picking some up! 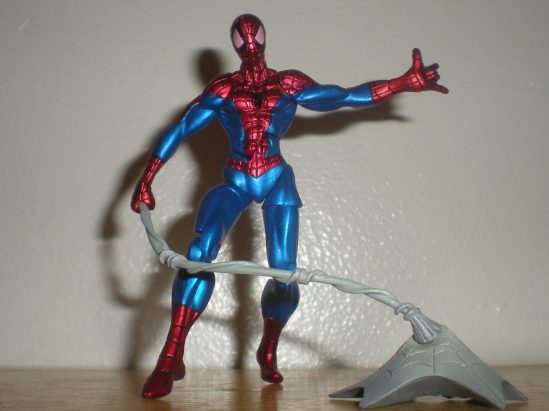 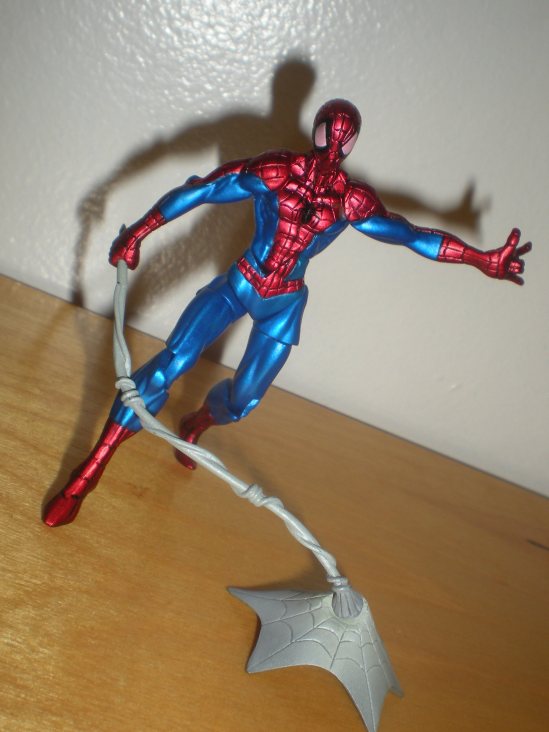 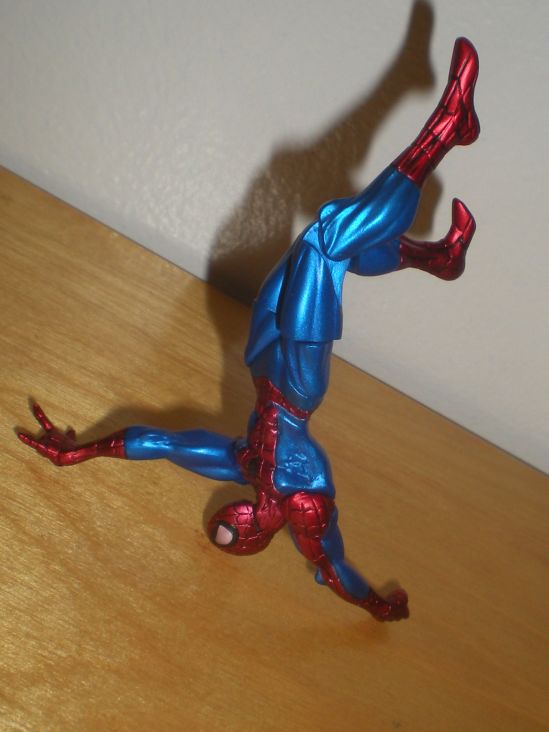 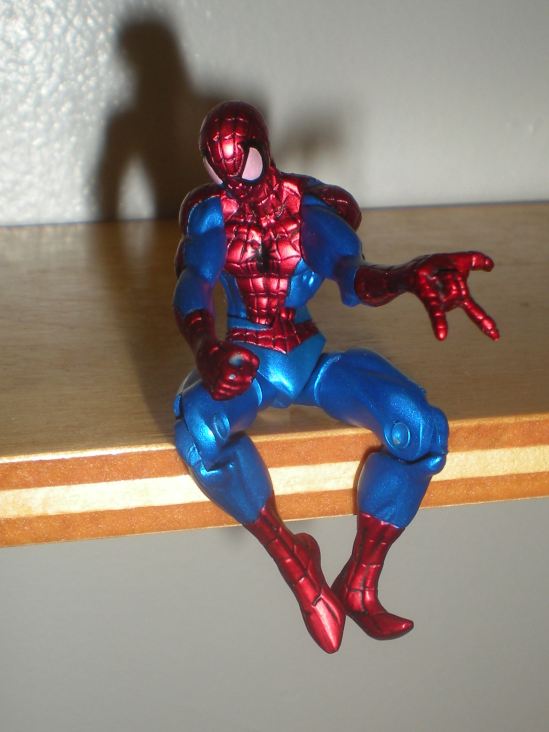 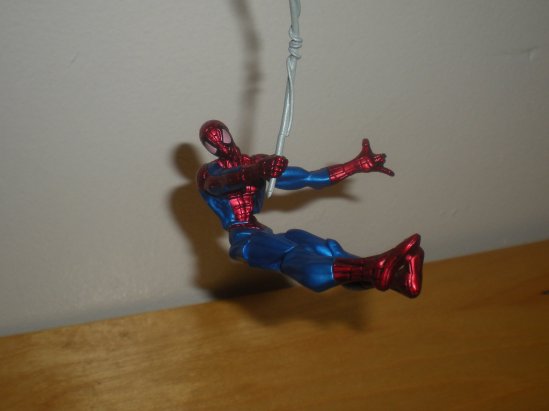 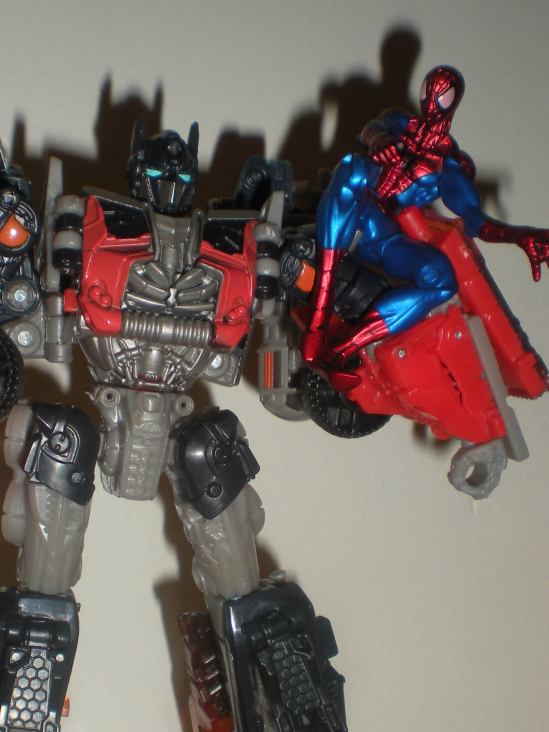