After  checking out my local Dollar General yet again for the exclusive Joe figures and not finding any,again,I decided to see what the Big Lots next door had going on.Nothing but the usual smaller scale Transformers and a bunch of Dark Knight Rises figures .I did however spot these  ROC  M.A.R.S. trooper sets for $7.00.At first I was a bit hesitant to pick this set up because I’m not big on troop building.It would have been like buying one figure for the price of three if you can understand that logic.It was only after I saw the 7 dollar price tag that my train of thought changed from “1 figure for the price of three” to “three figures for the price of one”. I also needed a new backdrop to display figures with and this set had the cool M.A.R.S. facility dio insert.And lastly,ROC merchandise is scarce around these parts these days and if I didn’t pull the trigger now,they would probably be gone had I decided to come back for them  later.

When looking at these guys inside the packaging,they don’t look very impressive.Their helmets don’t appear to be removable and the color schemes seem a bit drab.All that changed after taking these guys out of the box!It turns out that their helmets are removable and while the colors on the troopers look o.k.,the officer’s color scheme really stood out more so than when inside the packaging.Needless to say I’m digging the officer more than the two troopers. Another Easter egg is the insignia on the officer’s helmet,which clearly pays homage to the insignia on the 80’s Cobra Officer’s helmet.The web gear for all three figures is solid and the officer’s sports a horizontal holster for his removable pistol.Notice how none of the three figures sport a Cobra faction symbol as these are James McCullen’s (Destro’s) personal security troopers and have yet to join the ranks of Cobra.I may have to load up my ROC DVD to see when or if these guys ever make an appearance in the film.Also,these figures may have changed my mind about army building 😉 Enjoy the pics! 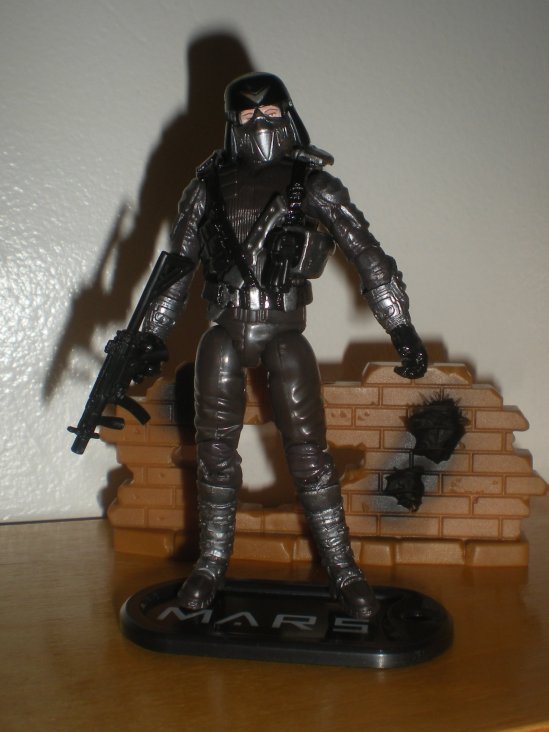 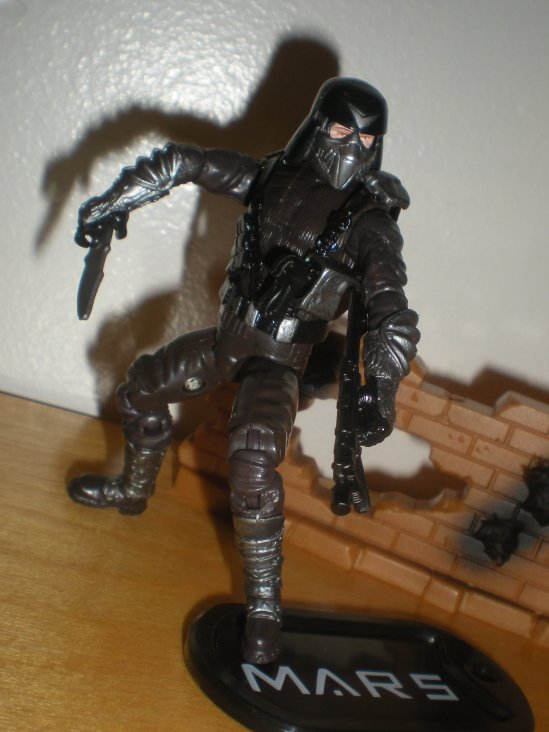