The Cobra Jungle Viper is another awesome figure from the POC line.This is one of those figures that I would just love to see the concept art for.He sort of has a “Nemesis Enforcer” vibe to him.Don’t know why but to me he just does.If you’re into troop building,then this is the viper to do it with.One Jungle Viper is intimidating enough,imagine an army!You would think that all the jungle stealth armor would take away from his pose-ability but it really doesn’t.Although I picked this guy up back when they first released him,I read somewhere that he recently popped up at a Wal-Mart on clearance.Not 100% sure of the credibility of the story,but it won’t hurt to keep your eyes peeled! 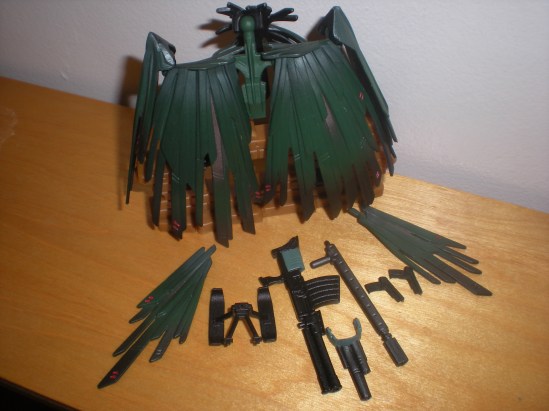