Here is another great looking figure from the  Spy Troops/ Valor vs. Venom Joe era,Cobra Ninja Slice!Slice’s bio is a little odd to say the least,stating that prior to joining Cobra he was a professional wrestler with a martial arts background and may have also had ties to secret police forces?He’s not the sliest or swiftest of ninjas but has learned a thing or two from Storm Shadow.In the Valor vs. Venom movie Slice and Slash are depicted as clumsy henchmen and the two of them kind remind me of Bebop and Rocksteady.This version of Slice came in a two pack with Slash but I picked mine up loose with most  of his accessories. I’ll definitely be on the look out for his partner Slash and more of these great Spy Troops/VvV figures.Enjoy the pics! 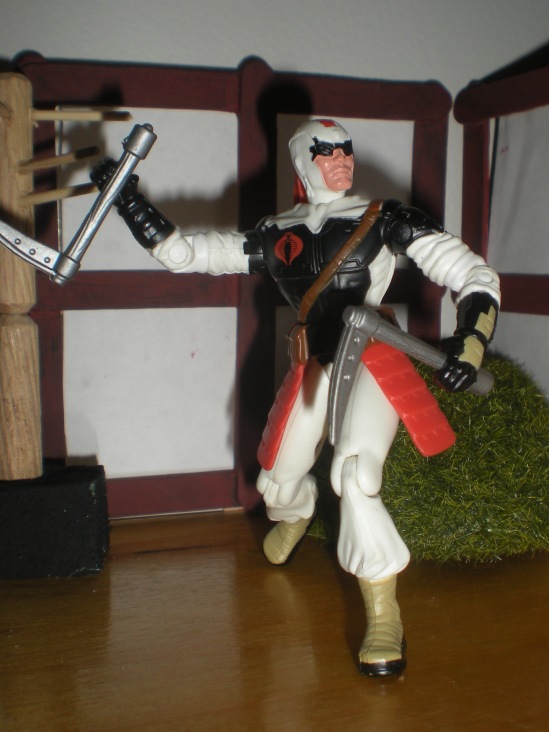 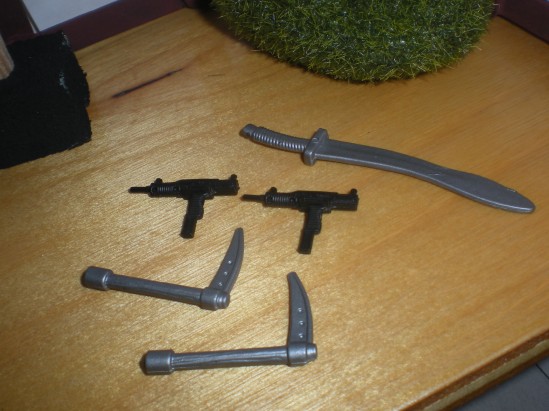