This is one of the figures that i got back from my old collection.Give it up for the least liked version of the Incredible Hulk LOL!Alot of people dragged this version of Hulk through the dirt complaining about everything from his Frankenstein  shaped head and expression to his extremely long arms.There’s no competition if you were to put this guy up against some of the newly released Hulks of today,but back in 2001-02 this wasn’t that bad of a figure.Another cool side note  is that it is from the first ever line of  Marvel Legends figures which also included Captain America,Iron Man and  Toad.I’ve been sooooo reluctant to collect Marvel Legends action figures,a line that many collectors refer to as “plastic gold”,because of the high  cost and the amount of room they can take up,and frankly this Hulk figure has not changed my stance on that (although the Professor X figure may have..more on that in a later post).I like but don’t love this version of  the Incredible Hulk.I will  get a kick out of taking some pics of him obliterating  random 3 3/4 figures and will hate the fact that now I have to find a better  version of him in this scale.Oh well..it is what it is.This figure does come with a  great comic book and an awesome base which will be horrendously overused in future action figure posts. If you are a completest then you obviously need this version of Hulk if you don’t already have it.If  you’re looking for a decent go-to  Hulk  figure to add to your collection,I would suggest picking up something a little more recent.Enjoy the pics! 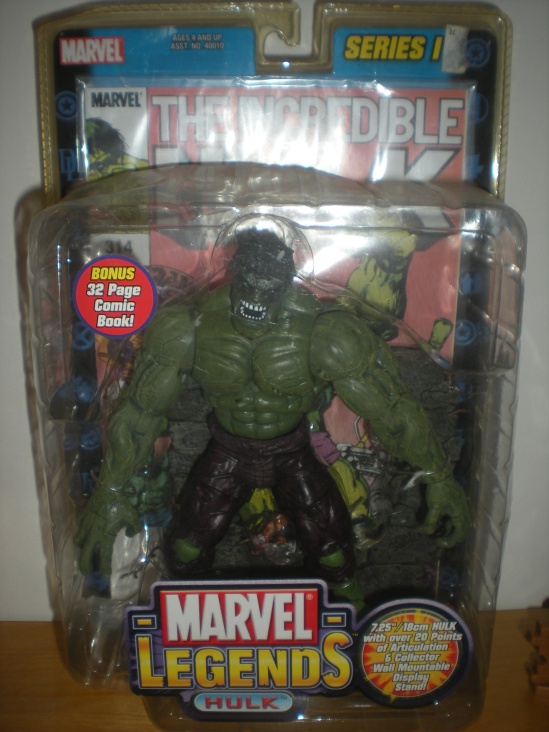