A little while ago fellow blogger Jason Vorhees and I worked out a little trade and my package arrived today!I pretty much knew what I was getting already but Jason surprised me with a sealed set of 1989 Fleer Update baseball cards!The funny thing is that I was already thinking about collecting cards again and my focus was going  to be on the ’88 and ’89 stuff so this gives me a bit of a head start 🙂 Within the set are RC’s of Randy Johnson,Robin Ventura,Jim Abbott,Todd Zeile and Deion Sanders!Awesome extra Jason!I’m also finally a proud owner of a vintage Thundercat figure and it is of my favorite character from the 80’s series Panthro.I’m also super impressed with the Bumblebee figure and can’t wait to make him an official member of the Wreckers  ;)Last but certainly not least is this gem of a Toy Biz item still in its  original box!Don’t let the box fool you,though,as the contents within are in Gem Mint condition and also alot bigger than I expected it to be.Thanks again  Jason! 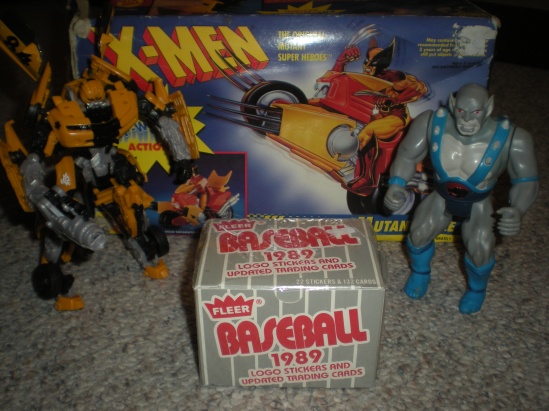 While HASBRO keeps hitting home-run after home-run with their Marvel Universe figures,there’s no denying that Toy Biz had the 90’s on lock  when it came to Marvel action figure production.Toy Biz gave us what MATTEL’S Secret Wars line didn’t,character selection and variations!I mean if  MATTEL really wanted to they could have released a load of other characters who appeared in the SW series like The Thing,Colossus or even Nightcrawler but never did.Toy Biz gave us all of these characters and then some!When Toy Biz hit the scenes in 1990 they really made it hard on then  ex-action figure collectors  like myself with the release of  figures like Punisher,Iron Man(with removeable armor 😉 ),Daredevil,Captain America and a host of other MARVEL characters who had never seen the  3  3/4″ –  5 ”  light of day.I nearly got back into collecting again when this line released but ultimately fought the urge.I would, however, buy a couple here and there for my younger nephew and would find myself playing with them more than he did.After the MARVEL Super Heroes release, Toy Biz then broke out with an X-Men line of figures that featured everybody from Wolverine to Apocalypse!Needless to say I was ecstatic and even though I had stopped collecting at the time it was still nice to see them hanging on the pegs at my local Toys R Us and other department stores as well.Toy Biz would take the ball and run with it from there releasing figures of characters  from nearly every corner of the MARVEL universe.These days i’ve been on the look out more and more for these  simple yet neat little  figures from the 90’s and this week i’ll be posting about a couple of Toy Biz items  that have made their way into  my collection! 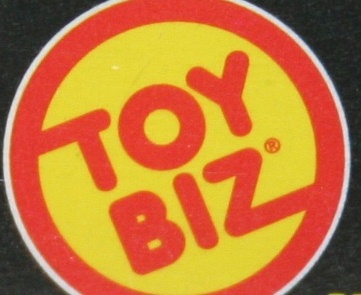