I nearly lost it when Toy Biz released their line of  X-men figures back in ’91 and  almost relapsed into collecting toys again.While these figures weren’t outstanding in the sculpt department,they still gave fans of Marvel comic books the chance to own some really cool action figure versions of their favorite characters.After Toy Biz’s initial  Marvel Super Heroes line of 3 3/4 figures, they then released a wave totally committed to the X-Men.It was 1991 and at that time I had been reading a ton of X-Men,X-Force and X-Factor books so the addition of Archangel and Apocalypse to the line really  made the set that much more appealing to me. Many Apocalypse figures have been released since the early 90’s but this version(correct me if  i’m wrong) is his very first!These figures were meant to be played with and each came with there own little gimmick.For instance,Apocalypse’s gimmick was the ability to grow by extending his legs and torso.This is far from the definitive version of Apocalypse to own but still is a fun figure and a nostalgic piece to add to the old toy collection 😉 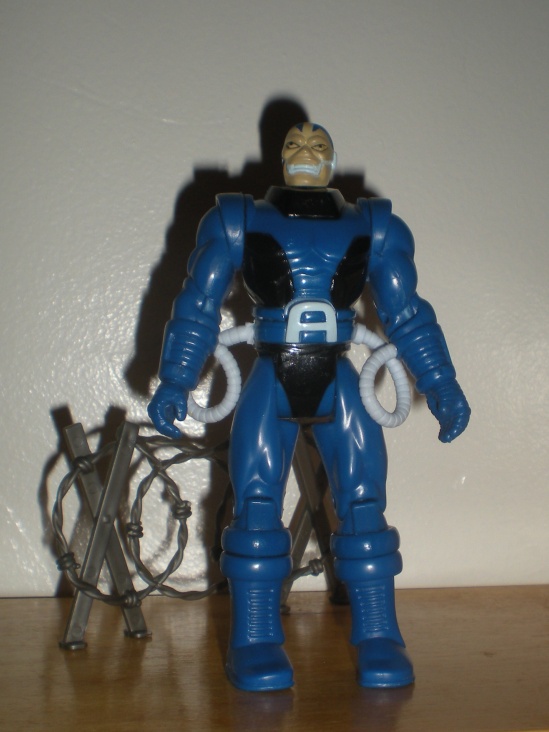 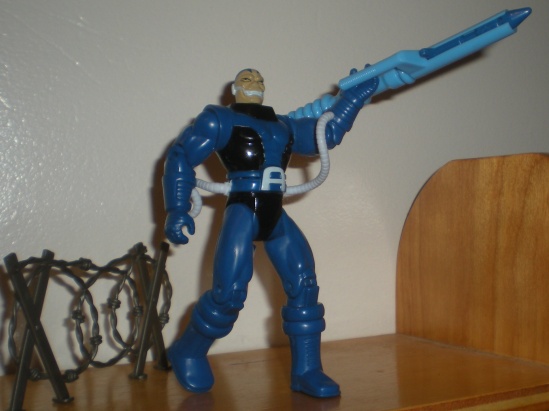