Again with the Snake Eyes?!Yep,we got another one.And he’s pretty cool,too!No other single carded figure gets me more excited than Snake Eyes.I think the fact that he was so hard to find as a kid contributes to that.Although the first Retaliation release was pretty damn cool,so is this version.This movie accurate,more futuristic take on G.I. Joe’s ninja/commando  is definitely not your daddy’s Snake Eyes.Let’s start with the head sculpt, which seems to be more of a protective helmet,but works really well with this figure.Snake Eyes dons a slick computerized armor this time around with  predator like gauntlets on both forearms.The detailed/chiseled chest-plate looks great,too.The holster around his waist add to the commando vibe on this figure and holds one of his throwing knives and a small handgun.The sheath looks real nice but only holds one sword.Oh and speaking of accessories.Hasbro finally did away with the multi-colored weapons and opted for  a more realistic look this time around and really did a great job on them.I would definitely put this version of Snake Eyes on my top 5 list,and that’s saying alot considering how many Snake eyes figures have been released throughout the years.I’ll have to do a top 5 Snake Eyes post sometime.Enjoy the pics! 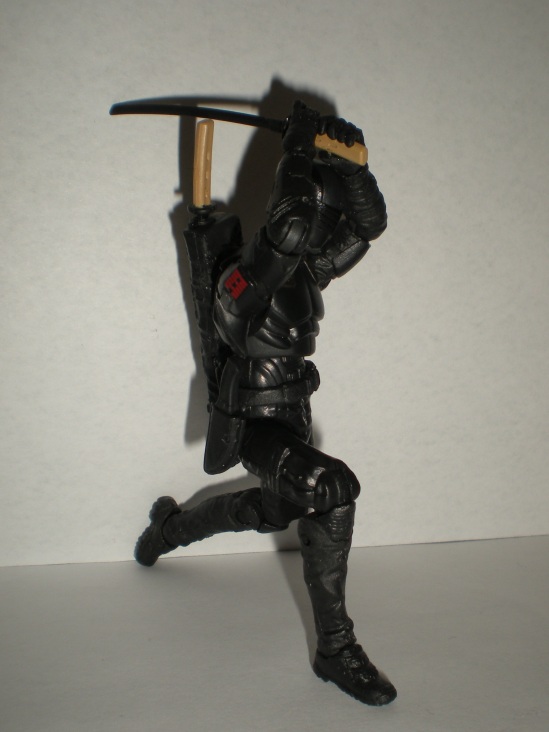 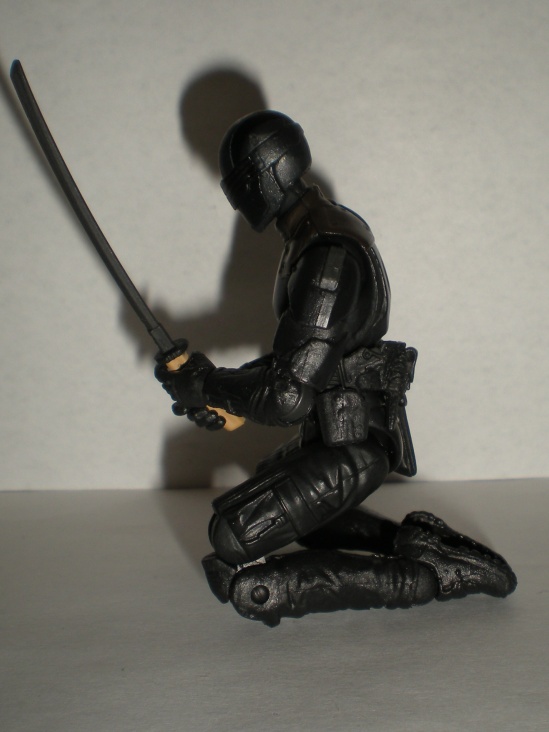 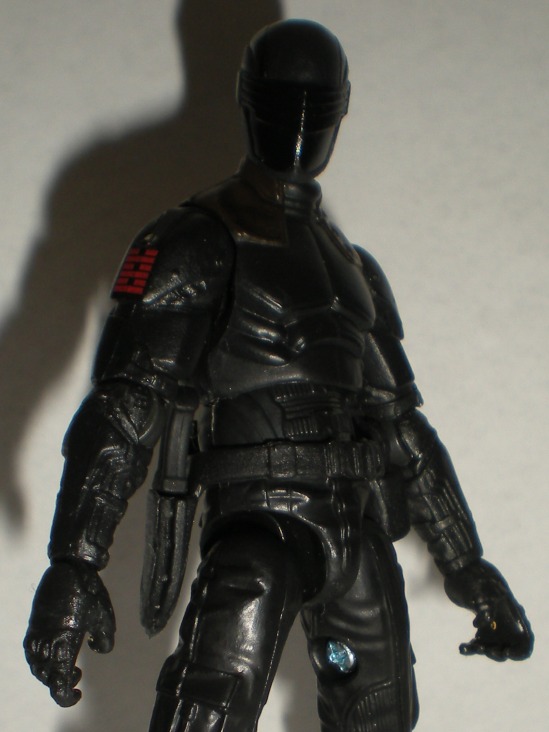