It took me a while to figure out what line of figures this guy was from but thanks to http://www.collector-actionfigures.com/dash/home/  i was able to track down its origins.It seems like Toy Biz made an action figure line for pretty much all that existed  for much of the 90’s.I’m pretty sure if i searched hard enough ,i’ll find a 90’s Toy Biz action figure of me.This is another cool figure included in the trade package sent over to me by Mr.Vorhees,and it is none other than Mesomorph from the live action TV series Hercules.Remember Mesomorph?No?Yeah me neither,but he is one sick looking little figure and fits in nicely with my other Toy Biz figures on display.He has a cool little action feature that make his arms flail up and down .While i am not a huge fan of the show,the figures look pretty cool and may be worthy of a second look  if your into Greek Mythology.In other words,you don’t have to be a fan of the series to enjoy these Toy Biz creations 😉 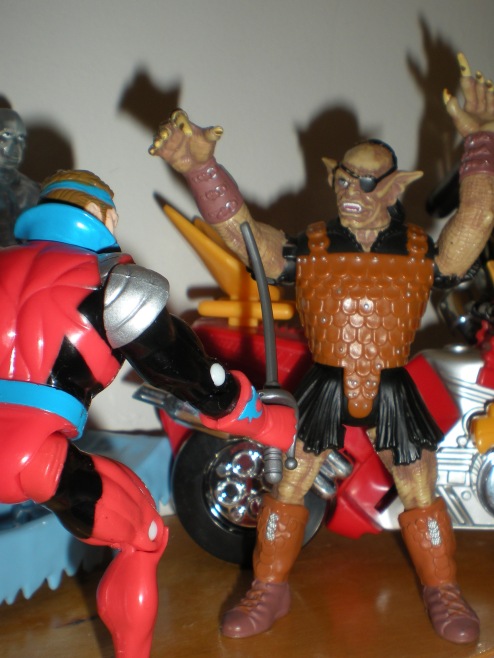