Avid readers of my blog know that i am not a collector of 6 inch + figures.In fact i am a 3 3/4  freak!Their aren’t many plus size figures that grab my attention these days,and if they do,they generally have poor articulation.So there i was scanning the aisles of  TRU for something to spend my birthday cash on.Normally i would get a gift or two from the fam but this year i was hit off with a couple of bucks,giving me  the green light to pick out whatever i wanted!Initially i was looking for the two-pack  3 3/4  Street Fighter figures but apparently i came late to that party because they were pretty much gone from the shelves, with the exception of a few stragglers/ characters i really wasn’t interested in  on sale for 4 bucks.Then i came across  this amazing Dutch figure,although when i first spotted it i thought it was  John Matrix/Commando.Either way i wasn’t going home without it.I mentioned earlier how i didn’t like the fact that most of these bigger ,highly detailed figures usually lack in the articulation department.Such was not the case with  Dutch as he sports 20 points of articulation.There isn’t  much to say about these figures that  images don’t already convey.This is Arnold Schwartzenegger to a t!Even if you’re not a fan of NECA’s 6 inch figures,i highly recommend this figure,if only for the sake of nostalgia.This figure reminds me of the 80’s Galoob Commando figure- only a gazillion x’s better.Also worth noting is the 16 dollar price tag.That’s about six dollars more than most 3 3/4 figures these days and well worth it when you take into account  the quality and nostalgiac vibe of  this NECA gem. 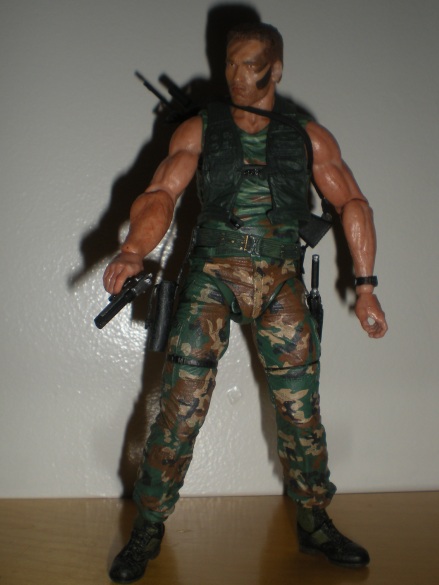 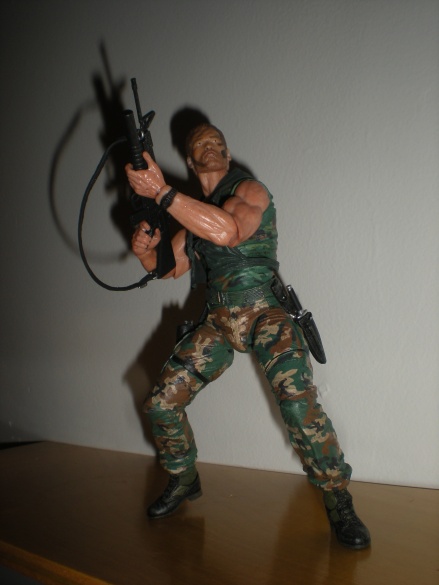 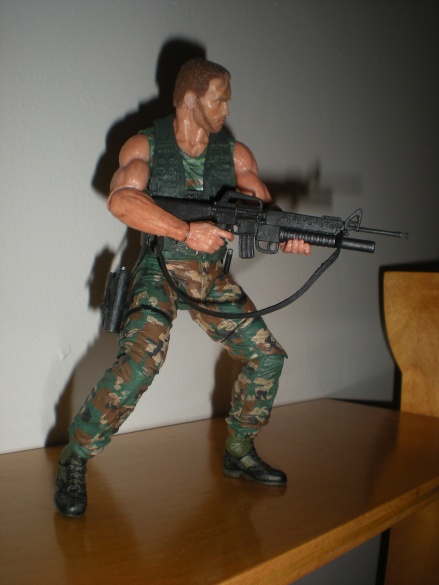