A while back Jason from the 80’s laden  toy and vintage gaming blog   http://jasonvorhees.wordpress.com/  ,scored an awesome N64 system at a Boy Scout rummage sale and kindly offered to pass it on to me.I’m a pretty big fan of the system and just couldn’t pass it up.So when i get an Email from Jason stating that the N64 shipped along with a ton of other stuff i was pretty excited.Today i get home  and find a USPS “sorry we missed you” slip in my mailbox.Luckily the mailman had just left it and was only a couple houses down from me,so i was able to track him down and retrieve the package.And what a hefty package it was!The N64 would have been enough but when i opened the parcel to reveal two carded Transformers figures as well as a bunch of other awesome action figures and collectibles i let out a resounding “HOLY $%^&!Lot’s of cool stuff here guys,Jason really out did himself  and i can’t thank him enough for it :)!I don’t know where to start as far as what to talk about first because there is so much to choose from,so I’ll be doing individual posts in the upcoming weeks to properly showcase the awesomeness!Some stuff i will pass on while others are a must-keep(that ’82 E.T. miniature is amazing  😉 ).Thank you Jason for making my week end an eventful one,for I will spend it taking photos of and researching some very cool toys! 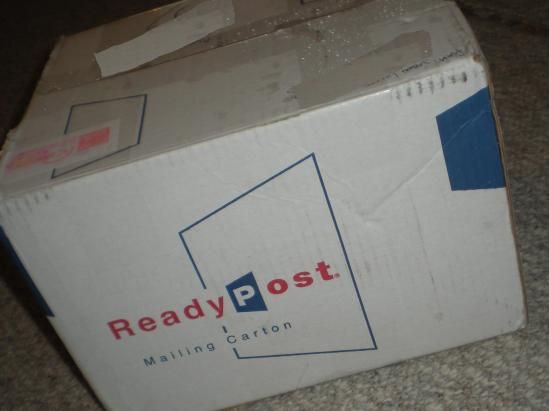 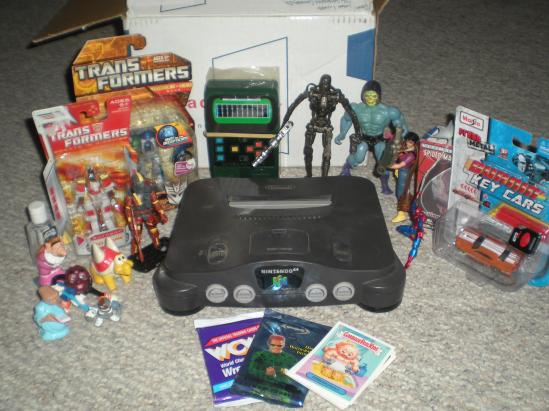 Not only did jboypacman send me an awesome Toxie figure that had been on my wanted list for a while now,but he also sent over some other figures as well.I can still remember the feeling i got back in the 4th grade during our class gift exchange party when i received a Tunnel Rat figure from my secret santa.As a kid,the feeling of receiving a G.I. Joe figure as a gift is unparallelled and thanks to jboypacman i got to feel that way all over again!I was already wowed by the complete Toxie when i noticed  the 25th ann. Joe figures Tiger Force Duke and Croc Master!On top of that  i had been at Wal-Mart earlier that day looking for a Captain America Movie Crossbones figure so when i opened the package and found him next to an awesome War Machine figure and a Playmobile version of  Zorro,my jaw dropped! You can’t find this figure anywhere. The Joes and Crossbones figure play an integral part in my action figure collection but as cool as the War Machine and Playmobile figurey are i’ll be passing them on. Consider this a second thank you and a much deserved one to jboypacman!If anyone is interested in the War Machine,Zorro and Batmobile let me know! 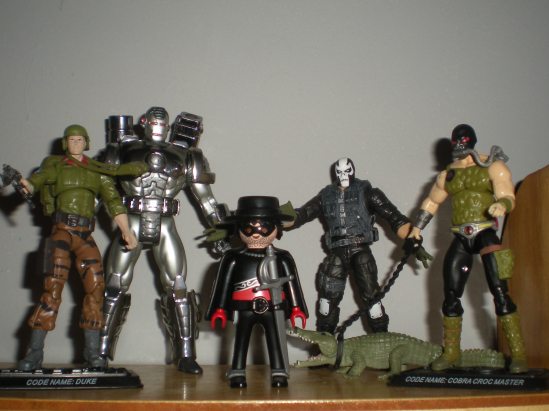 If anyone is interested in any of these two figures(War Machine,Playmobile Zorro) or Batmobile let me know! 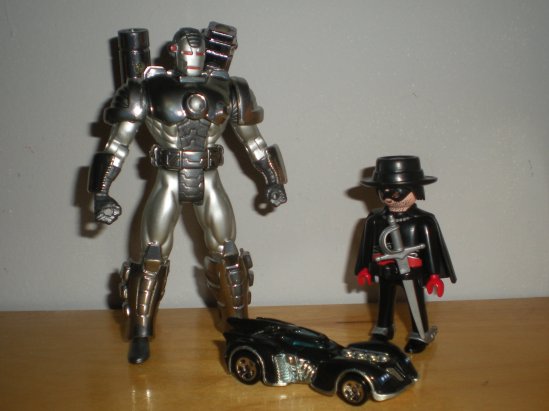 I’m not 100% sure but i think this is a ’11 HW’s Arkham Asylum Batmobile.This black beauty came with the package jboypac sent me and since i’m not really a big HW ‘s fan i was looking to pass this one along to somebody who is. The first reader to comment and show interest will receive this cool collectible! 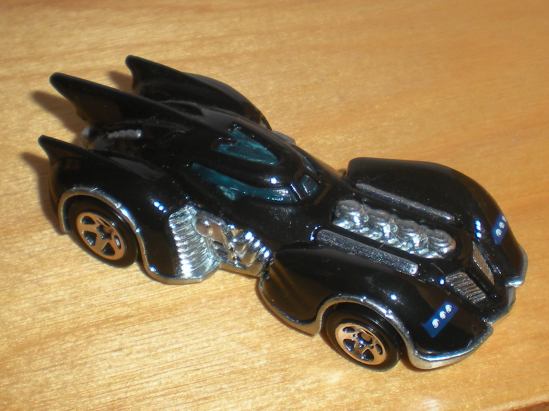 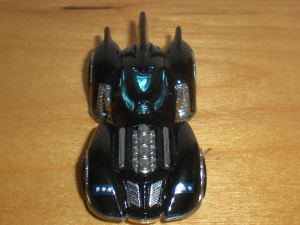 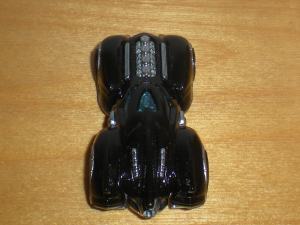