I was extremely happy to see this in the package Jason Vorhees sent me because it was a Joe!Any day you’re able to add a new Joe to the collection is a good day.I remember seeing this figure first on the Arc and really liking it.The 90’s Joe line featured  lots of martial art/Ninja characters and Bushido here is one of them.I got this one loose without accessories but still dig  the heck out of it.I quickly jumped on YOJOE.com to get some info on this guy and it turns out that he’s a “Snow” Ninja from Queens,NY.I think “Arctic” Ninja would have sounded better but “Snow”Ninja will do.How cool is it that he’s from Queens,NY!I can picture this guy high atop a snow covered apartment building in the middle of winter ready to pounce!He kind of comes off as a Marvel character with somewhat of an Iron Fist vibe to em’.Check out the Chuck Taylors in the last pic!”Kiss my cons!”  😉 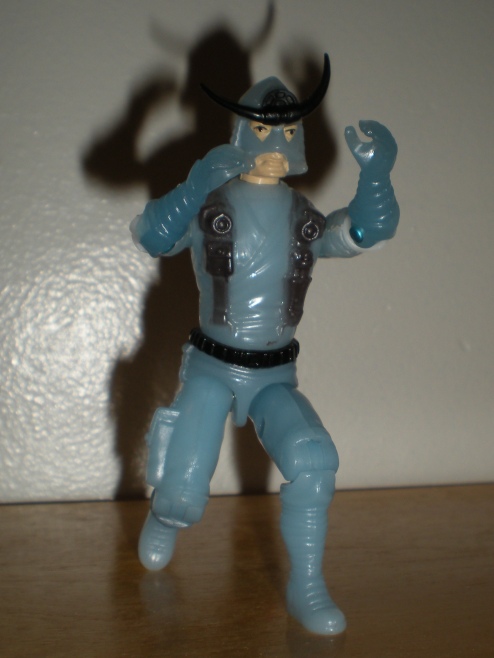 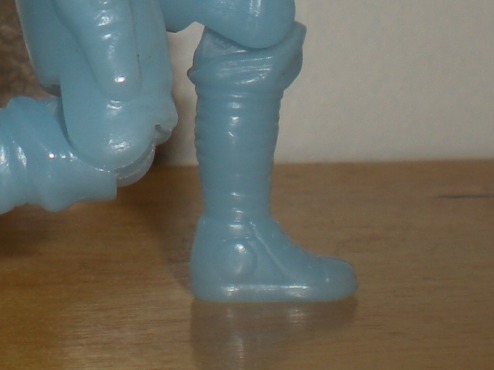 After out growing action figures and making the transition into…no not adult hood…comic books and Baseball cards,my interest in video games also became more prevalent.Video games gave me the ability to actually control the comic book characters  as well as play out a full 9 inning game of Baseball using my favorite teams.Enter the Nintendo Entertainment System or NES!I didn’t get to own one of these bad boys until the tail end of its popularity and it was a good thing because at that point there were tons of quality games out  for it.But the two games that really made an impact on me in the early 90’s were LJN’s Wolverine and  RBI Baseball 3!I remember walking into my local Electronics Boutique and seeing these two games on  display.I would pick up the display boxes and shake them a bit first,wondering if the actual game was inside,and then turn over to the back to check out the screenshots and drool at the prospect of one day having my own copies of  Wolverine and RBI 3!

After saving up enough Christmas cash I was finally able to pick up a copy of  Wolverine and RBI 3 and didn’t leave the house for a good week or two.I played both of these games religiously ,waking up early on the weekends  to spend more QT with my NES  😉 .

Another day,another ToyBiz action figure!Forgive my use of sports card terminology here,but I will refer to this as a  Colossus  rookie figure for it is the first toy rendition of everybodys favorite metallic mutant .Colossus has always been one of my favorite comic book characters because of  how strong and nearly indestructible he was. The hands on this figure really bugged me when I first saw these at a local Kay Bee but this gripe was quickly offset due to the fact that this was a friggin’ Colossus action figure!I was lucky enough to find this one cheap and in awesome condition with his dumb-bell accessory!I’m having a great time with these figures and the sheer ruggedness of the plastic and vibrant paint apps really make the ol’ toy shelf pop! 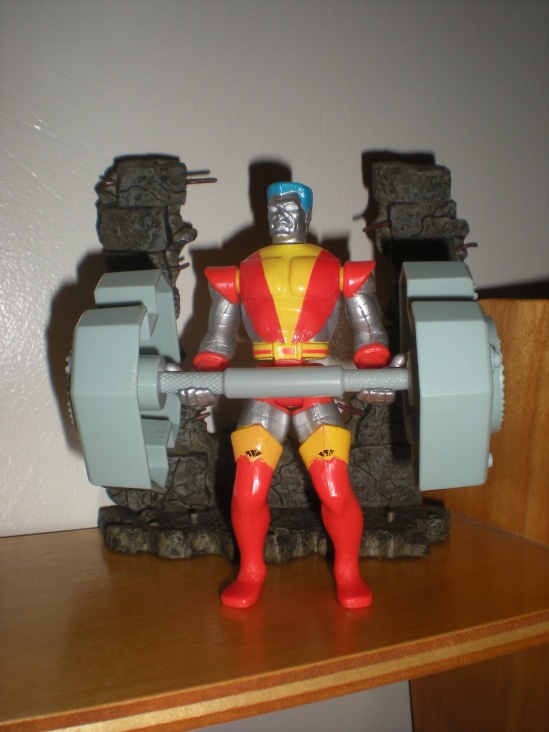 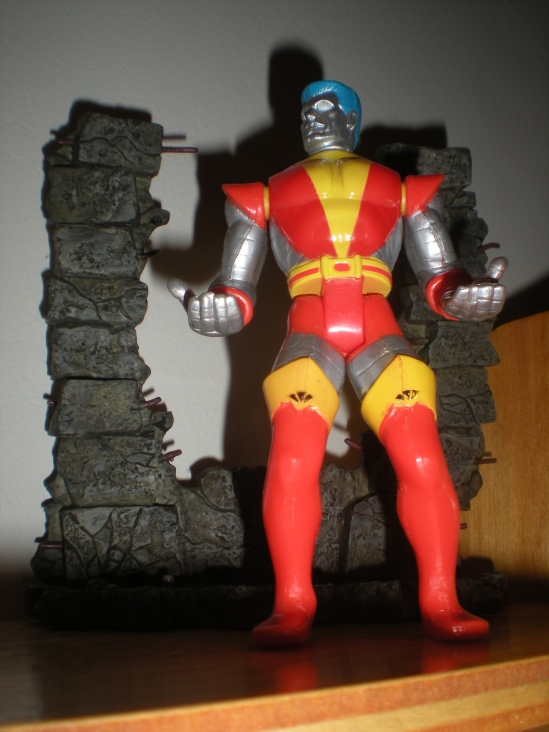 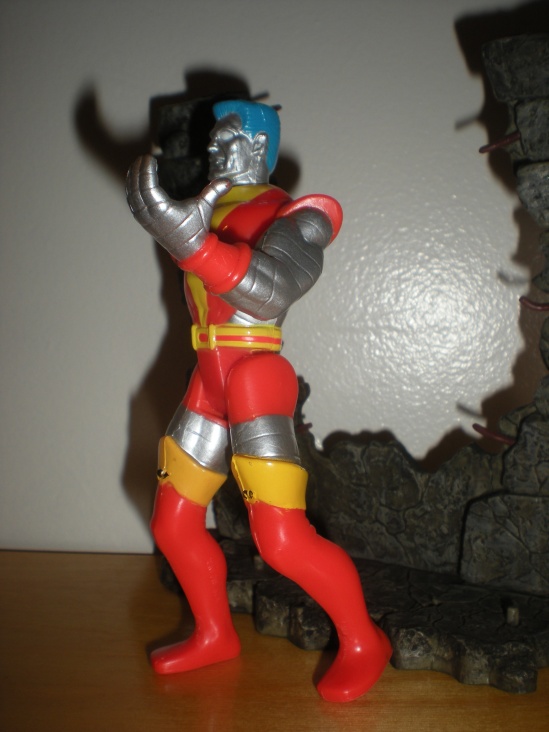 I was going to pick up a ’91 TB Wolverine figure already but after acquiring his Mutantcycle in a trade with Jason Vorhees,it was almost imperative that I  snag one up pronto!Because I kind of rushed the process a bit when it came to picking up this Wolverine figure I wasn’t able to find a complete one in better condition,but this one more than serves it’s purpose and looks great when placed upon his Mutantcycle.This little gem arrived in it’s original box and while it’s in pretty rough shape I’m still going to hang onto it as a reference and for the cool pics and graphics.The cycle itself was in mint condition and still attached to the protective inserts.It’s a good thing to acquire a piece like this still MIB because of it’s easily scratched and damaged chromed out parts.I must say that i’m not too thrilled with the funny looking Wolverine face on the front of the bike ,but again,it was all about the fun factor with these toys and as a kid I would have had a ball with this motorcycle.Luckily the Wolverine face flips upwards when a figure is placed on the bike and turns into what i’m assuming are Wolverine fangs. I’ll be placing this baby alongside the rest of my Toy Biz figures in chronological order as later on this week we’ll be taking a look at a Toy Biz  X-Men/ X-Force figure released in ’92! 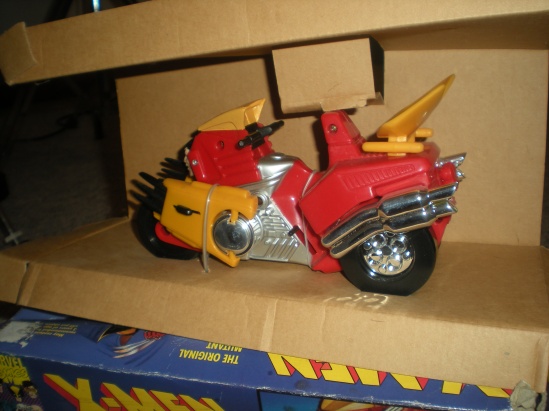 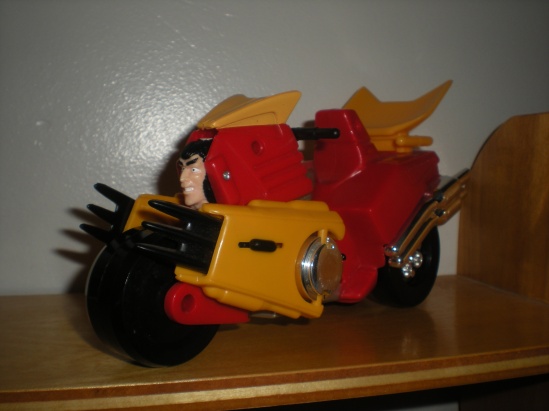 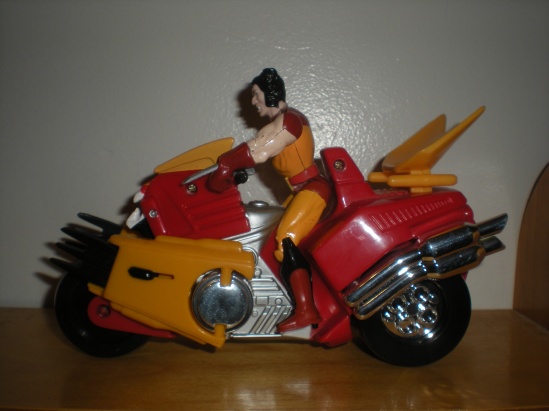 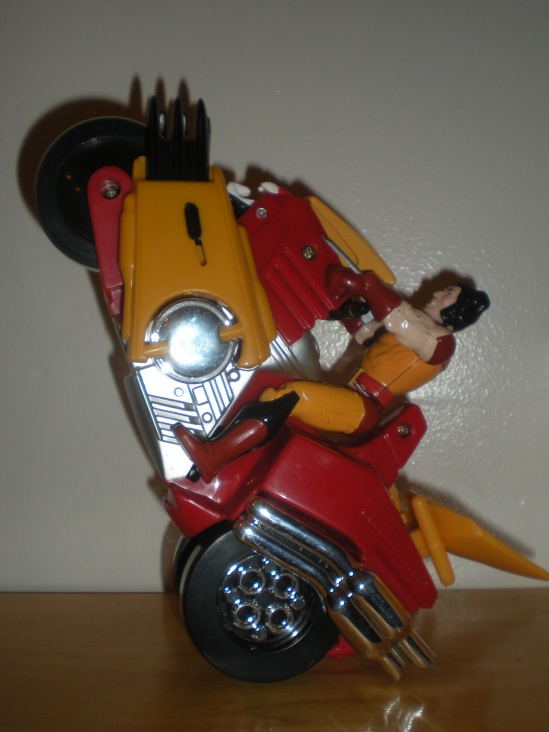 What I liked about these Toy Biz figures was that they kept all the characters in scale and Wolverine here is a perfect example.No he didn’t have 678,985,234 points of articulation and yes his mask looks like something you’d find in a gum ball machine,but the fact still stood that at the time this was one of only two(if you count the SW version) existing Wolverine action figures.Not only that but being able to remove his mask to reveal Logan’s iconic face was too cool.These figures conjure up way too many awesome memories for me and not having any in my collection just wouldn’t be right.I’m also pretty psyched about uniting Wolvie with his trusty Mutant Cycle,a piece I obtained via a trade with Jason Vorhees.Stay tuned!

I nearly lost it when Toy Biz released their line of  X-men figures back in ’91 and  almost relapsed into collecting toys again.While these figures weren’t outstanding in the sculpt department,they still gave fans of Marvel comic books the chance to own some really cool action figure versions of their favorite characters.After Toy Biz’s initial  Marvel Super Heroes line of 3 3/4 figures, they then released a wave totally committed to the X-Men.It was 1991 and at that time I had been reading a ton of X-Men,X-Force and X-Factor books so the addition of Archangel and Apocalypse to the line really  made the set that much more appealing to me. Many Apocalypse figures have been released since the early 90’s but this version(correct me if  i’m wrong) is his very first!These figures were meant to be played with and each came with there own little gimmick.For instance,Apocalypse’s gimmick was the ability to grow by extending his legs and torso.This is far from the definitive version of Apocalypse to own but still is a fun figure and a nostalgic piece to add to the old toy collection 😉 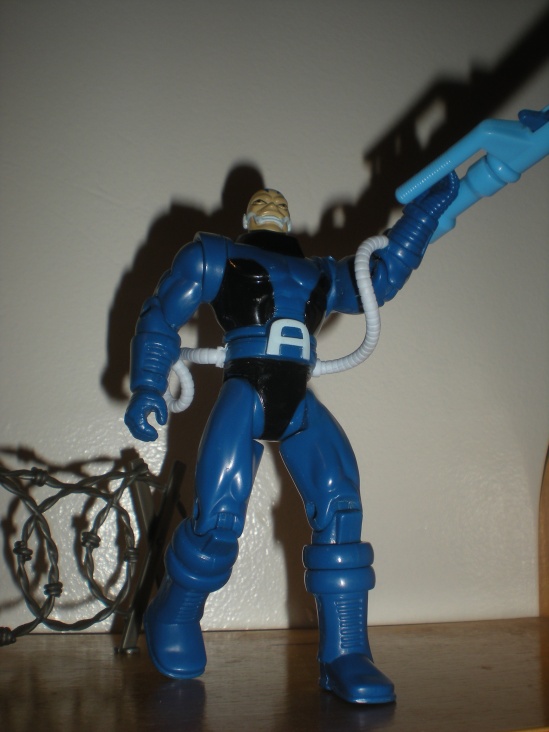