I recently posted about a Transformers Prime Wheeljack figure which I acquired from a local Wal-Mart and how I was a bit disappointed at the fact that he lacked an Autobot faction symbol.It boggles my mind that more people don’t have a problem with this.I mean,would you a buy a Superman figure that didn’t have an “S” on his chest?O.K. so Superman is a single entity while the Transformer insignias represent a whole group but still,the Autobot and Decepticon logos IMO are a seal of authenticity, if you will,  and to me are even more iconic than the characters they represent.I love the Prime sculpts and design but the lack of   Autobot logo was a turn off and ultimately led me to return  Wheeljack  😦  I was, however ,determined to come home with a Transformers figure and came away with this pretty cool(less than popular) Mechtech version of Bumblebee.These can be found at your local Wal-Mart’s and Target department stores for a full 5 dollars less than the Prime figures and while they are a bit dated,the 7 and change price tag really appealed to me and should to you as well. They are in the same scale as the Prime figures and have apparently caught flack in the past because of the oversized and under-detailed gun attachment.This really doesn’t bother me.The gun does seem to be a little on the heavy side causing Bumblebees arm to drop down a bit when posing but other than that this figure is very cool.I could get used to this line of TF’s and for the price  you can’t go wrong.Enjoy the pics! 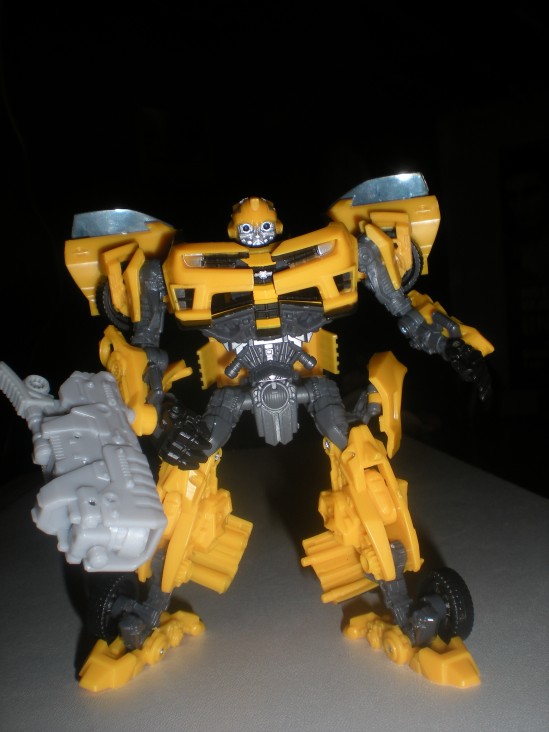 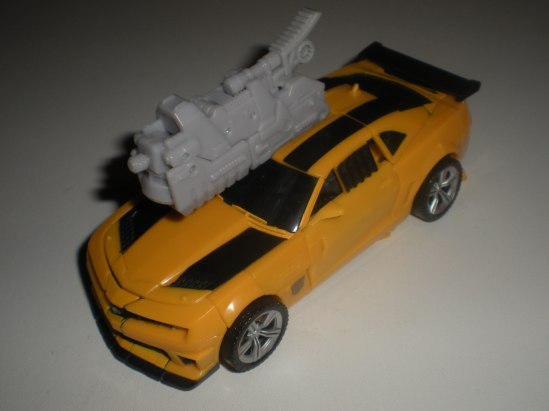 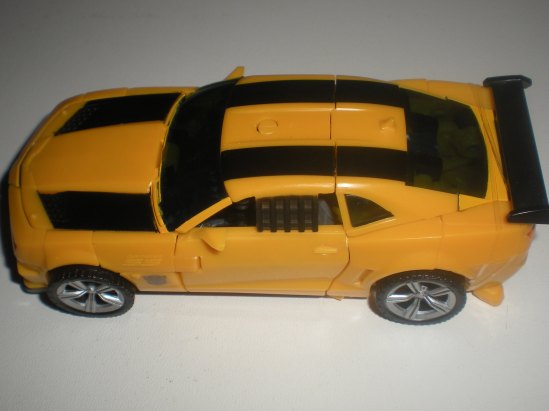