In an effort to bolster my enormous  😉  Star Wars collection , i found this  cool Chewbacca figure on the Bay  for 4 bucks shipped!It’s not the most articulated figure,but does have an awesome action feature.Whenever  you squeeze chewies legs together,he throws his arms up in a fit of rage!When I first held this figure in hand,it almost seemed to be too big a scale and I was worried that it wouldn’t look right next to my other SW figures,mainly Han Solo.I was sooo wrong though as Chewbacca is a huge character to begin with and ended up looking great next to Solo. 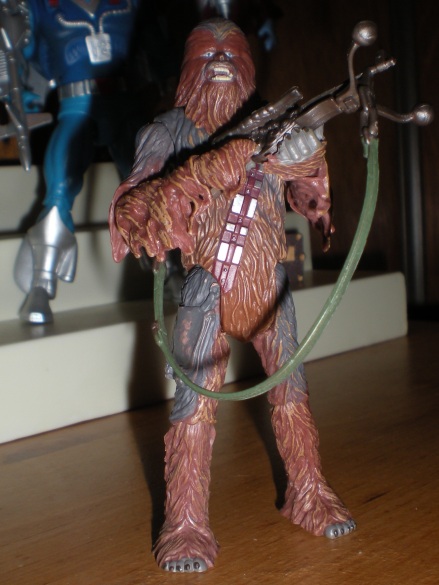 Just to give you an idea of Chewies size,here he is next to one of the larger Joe figures,Retaliation Roadblock. 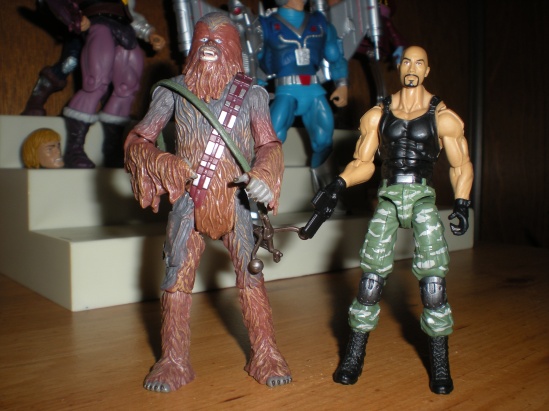