Bubbashelby over at  http://toyriffic.blogspot.com/    posted about a  Redekai figure that he found at a local Big Lots.A little while after jboy over at   http://revengefromthecosmicark.blogspot.com/   posted about his Big Lots findings when he too discovered some inexpensive yet very cool looking Redekai figures. I commented and noted that i had passed by these figures many a times at my local Wal Mart about a year ago and even placed a couple in my cart only to change my mind at the last minute.Seeing these figures on Bubba’s and jboy’s site made me head over to Big Lots(my local Wal Mart didn’t have them anymore) to see if they still had the one i originally wanted a year ago,but no dice.Long story short,while doing some shopping with the wifey at an out of the way Wal Mart ,there it was.The one Redakai figure i ‘d been coveting for a little over a year,laying in between a scrambled mess of other clearanced toys.Harrier!I loved this guy when i first saw it way back and i wasn’t about to pass it up this time.Not a bad figure for 2 bucks and he blends in nicely with the Thundercats line as well. 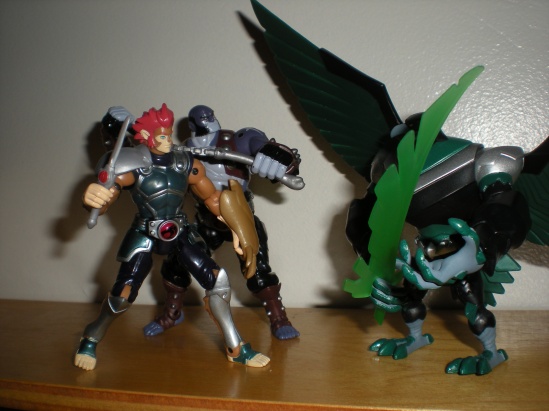 This will be a new segment that i’ll play around with for a little while called “The Break Room”.”The Break Room” will be just that,a break room where random action figures will pop in to grab a snack or drink and take a break from whatever it is they do when i’m not around LOL 😉 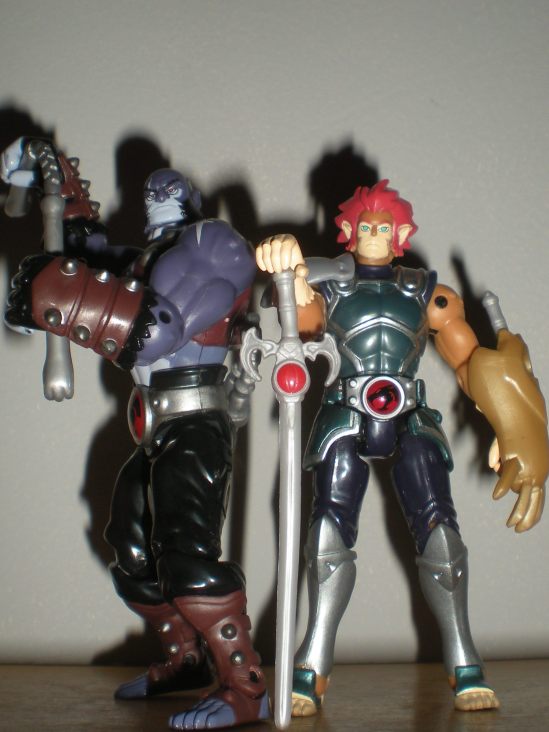 I must admit that when i first saw pics of these on the internet i wasn’t very impressed.I didn’t realize they were 3 3/4″ figures until i saw some comparison shots and  that seemed to spark my interest.I began watching the new series and loved it,which made me want the Lion-O figure even more.I finally got the chance to pick one up the other day and pulled the trigger.This is one of my favorite figures to look at with it’s shiny armor and cartoon-ish bright colors.I only wish they had solidified his weapons a little more as they bend very easily.This is actually my first Thundercats figure ever as i was never a big fan of the original toy line. All in all a great addition to my growing collection! 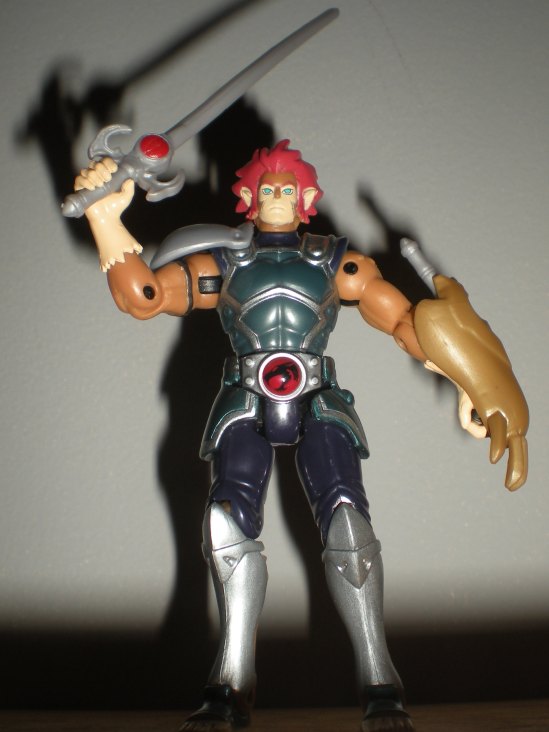 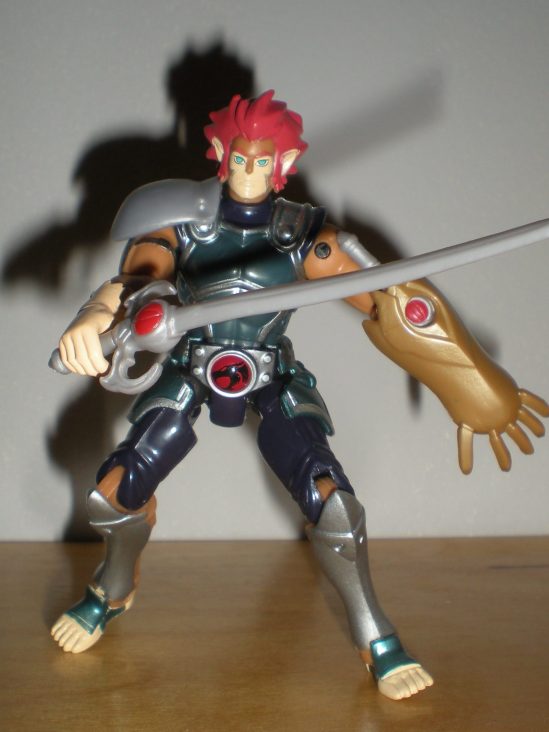