Last but not least we have Battle Saw Rex  which is basically Rex with a different weapon feature.It’s too bad they didn’t make some of the weapons interchangeable.I think Mattel maybe figured they could make more money selling individualized Rex’s as opposed to one customizable Rex.I don’t know,but the figure ‘s still pretty solid and i guess a display with multiple Rex figures sporting different weaponry might look pretty cool. I may pick up other variations of him if i can find them at the same $1 dollar price tag.

This Rex figure boasts the same outfit as the last one I reviewed with the only difference being the weapon and E.V.O.Another cool difference is the facial expressions,they are different for all the Rex figures,or at least the two that I have. 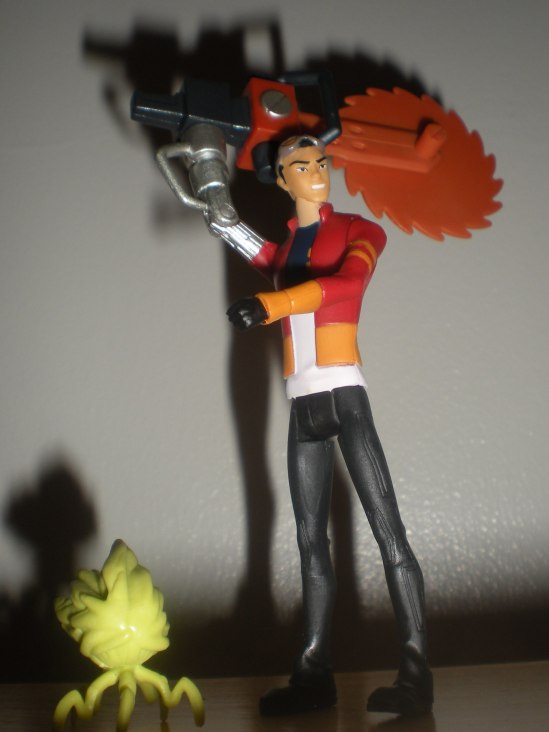 The name of the E.V.O. included with this Battle Saw Rex figure is Parasax. 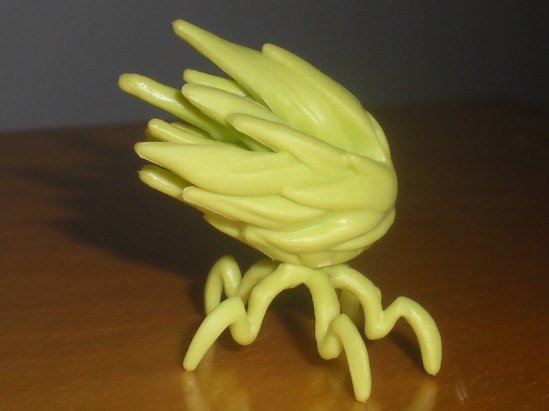 And finally a group shot of my small Generator Rex collection which may get bigger If  I can find some more merchandise on clearance.Heck I might even pay regular price if they release any new figures.Stay tuned!